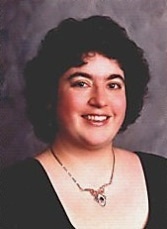 Becoming a doctor is the realization of a lifelong dream for Dr. Goldstein. Her first introduction to natural medicine was by a wise old lady, an amateur herbalist, at the age of six. Dr. Goldstein received her nursing training in Moscow, Russia, where she also worked as a cardiosurgical ICU nurse. Following her emigration to the USA, she received her B.Sc. in Medical Cytogenetics technology from the Univ. of Conn.

Realizing the constraints of allopathic medicine, Dr. Goldstein decided to attend the National College of Naturopathic Medicine in Portland, OR. Here she earned her Doctorate in Naturopathic Medicine and gained extensive clinical experience during her 2 year internship at the NCNM’S Natural Health Clinics. Dr. Goldstein has served as an Adjunct faculty member for Chapman University and National University, and lectured extensively around Orange County.

Dr. Goldstein is a member of the California Naturopathic Doctor Association and a Fellow of the Institute for Human Individuality. Dr. Goldstein is certified in blood type specific diets & therapies.

Dr. Goldstein stays up to date on new research in alternative medicine and continually incorporates new findings in the therapies that she prescribes.

When not busy with seeing patients, Dr. G spends time with her husband and teenage daughter and loves traveling, theater, art, music, dancing, and reading.

I was born and raised in the suburbs of Moscow, Russia. Since an early age, I was fascinated with medicine and healing.  I was inspired by my maternal grandmother, who was a nurse and had an unbelievable passion for helping people.  She was a nurse in a hospital during WWII, then a nurse in tubercular hospital.  She also did home visits, and would brave the weather and dangerous neighborhoods to go visit her patients.
My family and I lived in a 5 story apartment building that was adjacent to a forest. I was always fascinated by all the plants I saw in the forest.  When I was about 4 or 5 years old and already determined to become a doctor, an elderly neighbor asked me to help collect the herbs for the healing teas.  She couldn’t see very well and she needed me to be her eyes.  It was perfect; I helped her collect the herbs and she explained to me what they were used for, how to dry them, and how to make tea.  After a while, I knew enough to venture on my own and would gather enough herbs to last our family through the winter. We used those teas when someone came down with a cold or sore throat. As a kid I continued to develop my love for healing by reading about doctors of the past and by practicing my skills on homeless cats and dogs, who were abundant in Russia.  My mom always gave me the food to feed the animals and would even from time to time allow me to keep them in the house until a permanent home was found.  These animals were often injured either by local boys or the animal control service; I would treat their wounds with whatever I had at my disposal.

As I was finishing 8th grade, I learned that in order for me to apply to medical school in Russia, I needed to become a nurse first.  Without, hesitation, I quit school and applied to nursing school in Moscow.  Three years later, at age 18, I graduated nursing school and started working in a cardio-surgical ICU.  I loved my job.  And at the time was marveling and admiring all the advances of modern medicine I got to observe and utilize in the ICU.  The forest and the herbs seemed so childish compared to the grand shiny advanced drugs and surgeries.  A few months after I started working in the ICU, my dad developed a sinus infection. Despite the usual measures, it was not going away.  He asked me to get him an appointment with a specialist, which I did.  Specialist after specialist contended that he needed to be on antibiotics, and one after another was prescribed.  My dad was not getting better.  In fact, he was getting worse. He lost weight, he had muscle weakness in his legs and no one knew what was going on.  Ten months later he died from respiratory failure.  About 4 months after that we immigrated to the United States.  We arrived in the U.S. with my 80 y/o grandmother, the nurse.  She had had some heart problems that had been managed pretty well for the last few years in Russia, but in our excitement about the great and powerful American health care system, we convinced her to see a doctor here.  We thought for sure, a great American doctor is going to make her all better.  Instead, my grandmother died less than 2 months after our arrival in the U.S. Her new medications had been grossly mismanaged by this new doctor; unfortunately, her heart couldn’t take it.

I still wanted to be a doctor, but the practice of modern American medicine no longer appealed to me.  I did not want to be a part of a system that tried to cover up symptoms with one drug after another.  I knew that there was a different way.
As I was completing my Bachelor’s degree at UConn, I frantically searched for a medical school with an herbal department, but to no avail.  And then one day, I was looking through UConn’s newspaper, and there in a corner was a small ad for National College of Naturopathic Medicine.  I knew nothing about it, but I sent away for more information.  When I got the packet from the college, I knew my prayers had been answered.  What the brochure described was exactly what I as looking for.  It involved healing and helping people by looking at the cause of the problem, treating them as a whole and individually and using natural substances to bring about a balance in the body.  I was ecstatic.
As the brochure suggested, I visited several naturopathic doctors in Connecticut, and they confirmed everything that the brochure said.  I was sold.  In the summer of 1996, my mom, my daughter and I packed our belongings and moved to Portland, OR so that I could attend NCNM, the oldest naturopathic school in the US.

My philosophy is based on six basic principles of Naturopathic Medicine:

I believe in the partnership relationship between a patient and a doctor.

Such a relationship will empower the patient to take charge of his or her health and to make the necessary and desirable changes to improve the quality of life.

I, as the doctor, will provide support, encouragement and guidance to facilitate your journey to optimal health.

You, as the patient, will need desire, courage and commitment to embark on this journey.

How my approach is different ... Hide +

How my approach is different ...

Our general family practice in Dana Point, CA focuses on the identification and management of food and environmental allergies and sensitivities, nutrition, detoxification, herbal medicine, metabolic and hormonal imbalances.

You may notice the amount of time we spend with you is usually greater and the attention we provide is more personal than many patients have received from other physicians.

The questionnaires, in-depth history and specialized tests are important tools we use to fully understand all the factors that may be affecting your health.