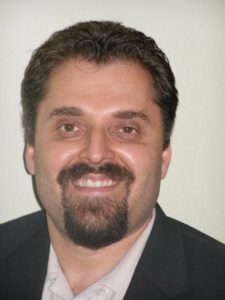 Steve is no stranger to adversity and is well qualified to inspire those who are confronted with ADD and physical disability to face those challenges successfully.  At the age of 7, he was diagnosed with a bone tumor in his right upper femur.  While ultimately losing a leg and adapting to a prosthesis would be daunting for many, it didn’t hold him back. He went on to compete as a  swimmer in high school, became an accomplished snow skier, even serving as a volunteer ski instructor at Mammoth Mtn Ski Area in California during college to teach other handicapped individuals how to ski. All the while, he continued to successfully pursue his academic goals.

Steve’s experiences adapting to the challenges of life without his right leg forged an initial interest in medicine that influenced both his intellectual and professional development.  After earning a Bachelors Degree in Biological Sciences from UC Irvine he went on to achieve a Masters in Public Health: Epidemiology from San Diego State University.  He took on a Health Analyst role for Columbia Healthcare for 1 year in Los Angeles in 1995.

As fruitful and as challenging as these experiences were, he realized that his heart lay in teaching. In 1996 he decided to go into teaching full time and secured teaching credentials.  By the fall of 1997 he was teaching high school science in the Capistrano Unified School District in Orange County where he has remained for the past 18 years. Steve now teaches Biology, Health, & General Science full-time at Tesoro High School in Rancho Santa Margarita, California.

Seeking yet more educational challenges, he became an adjunct faculty member for National University in 2001, teaching classroom management as well as an online health course for professional educators.  Even with these extra challenges, he felt a hunger to contribute more to society, particularly for those who faced special educational challenges.  He took courses on the brain and learning styles through UC Irvine’s Gifted Learning Program.  But it was at the Learning Brain Expo in January 2007 that his sense of mission began to crystallize.  It was here that he felt called to enroll in the ADD Coaching Academy.  After successfully completing this specialized program, Steve began to coach both teens and adults one-on-one in meeting the special challenges that ADD carries such as learning to focus on strengths versus negative thought patterns, improving organization, academic performance and life skills for work and healthy relationships.

When he is not busy teaching or coaching, Steve spends time with his wife, grown up daughter, and 7 year old son, and enjoys singing and playing guitar, periodically performing as a singer/songwriter, woodworking, traveling, snow skiing, cycling, swimming, kayaking, & exploring nature.

I'm often asked, "What all of a sudden made you want to work with individuals with ADD?"

Interestingly enough, my response has been that I have really been involved with ADD all my life; I always knew something was amiss, but I could never put my finger on it.

I was hyper as a kid, but I really can't say that I recognized a pattern until high school. I could be talking to someone in conversation or be reading a textbook and I would suddenly find myself lost in thought on something else. I would not remember 30 seconds of what someone had just said to me or a paragraph I had just read.

In the case of listening, I would get diverted to a negative thought or a conversation from the past would cycle through in my head and then, because I had missed the conversation, I felt impelled to interrupt with my own comment after being stuck on my own agenda.

In the case of reading, I would then have to go back and re-read the passage, but sure enough I would again fall into a trance and when I snapped out of it, I discovered that again I hadn't comprehended the material.

Even though I was a slow reader and this daydreaming cycle persisted, I developed coping strategies and did well in high school; I actually earned straight A's throughout my 4 years.

What I didn't realize was that I was studying all the time to accomplish this; I would start studying after dinner, but because my brain liked the stimulation of being near the TV and family arguments, I was easily distracted and would draw out to hours what should have taken a half hour to an hour to complete.

The challenges of ADD manifested further in college. As I searched for my ideal learning style, I determined that I was a verbal processor and that saying notes out loud helped me to remember material.

I also always had to have something in my hand when I studied or my nervous energy would cause me to pull the threads out of my shirts or socks. I had a habit in college of staying up way late into the night to study when everyone else was asleep.

I now know that, in addition to diminished neural activity in the prefrontal cortex, ADD is associated with a build up of cortisol, one of your stress hormones, and if levels don't diminish at night as they should to make you tired, it has the effect as it did for me of keeping your motor going into the night. The consequence of that was that I was sluggish in the morning; my brain cortisol levels were now lower by that time, but I hadn't really slept, and if I was then put in a high pressure situation like a test, to perform at that time, I could never think as clearly as I wanted.

My initial plan as a biology major at UC Irvine was to apply to medical school, but this ADD cycle ultimately caused me to perform poorly when I took the MCAT, the Medical College Admissions Test, on two occasions, which lead me to revise my life plan.

I didn't realize until I was evaluated for ADD in 1997 that I had unique brain wiring that warranted testing accommodations which I finally utilized when I took my subject matter competency tests for teaching.

I ultimately realized what many ADD books say, that success dealing with ADD amounted to finally choosing the right profession, teaching, and the right partner in life in 2000.

My philosophy is based on six basic principles of Naturopathic Medicine:

I believe in the partnership relationship between a patient and a doctor.

Such a relationship will empower the patient to take charge of his or her health and to make the necessary and desirable changes to improve the quality of life.

I, as the doctor, will provide support, encouragement and guidance to facilitate your journey to optimal health.

You, as the patient, will need desire, courage and commitment to embark on this journey.

Depending on whether I'm helping a child, a teen, an adolescent or an adult, my approach my include... 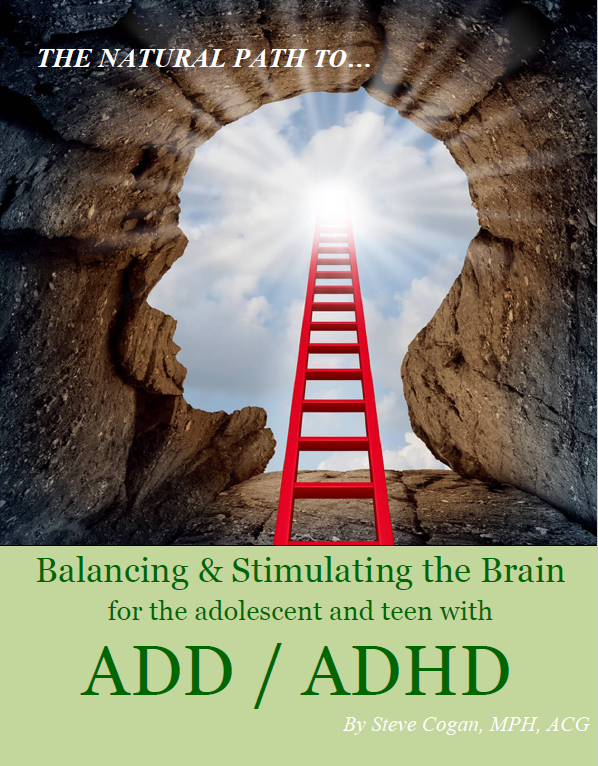 I can help you understand the different ways that Stress, in its many forms, affects their behavior and provide holistic, healthy strategies for stimulating and calming their unique ADD Brain.

Subscribe below to receive a Free Copy of my 2-Part Guide for Parents:

This FREE guide steps you through practical steps you can take right now to help you and your child manage, improve and cope with their ADD symptoms.

We value your privacy and would never spam you

Our general family practice in Dana Point, CA focuses on the identification and management of food and environmental allergies and sensitivities, nutrition, detoxification, herbal medicine, metabolic and hormonal imbalances.

You may notice the amount of time we spend with you is usually greater and the attention we provide is more personal than many patients have received from other physicians.

The questionnaires, in-depth history and specialized tests are important tools we use to fully understand all the factors that may be affecting your health.